We're all familiar with the fur coat, fox hunting, taxidermy debates but it's now starting to become the norm to see animal carcasses used for an array of fashion statements and trend setting.

In July 2010 Scottish company Brew Dog developed the world's strongest beer called "The End of History". At 55% ABV it was priced between £500-£700 depending on the packaging. The packaging that made this beer so expensive was a stuffed stoat or squirrel. That's right! A bottle of beer stuffed into a dead grey squirrel  and sold for £700! 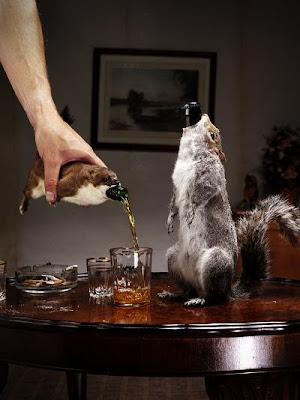 A statement from the company website shows their reasoning for such packaging. "In true BrewDog fashion we've torn up convention, blurred distinctions and pushed brewing and beer packaging to its absolute limits. This beer is an audacious blend of eccentricity, artistry and rebellion; changing the general perception of beer one stuffed animal at a time." They also claim that all of the animals used were from road kill.

The product made headlines on both BBC and The Telegraph websites, it even crossed the pond to loads of American websites also promoting the product.

...And just when you think it can't get any worse, why not completely over step the boundaries with a top hat and kilt. 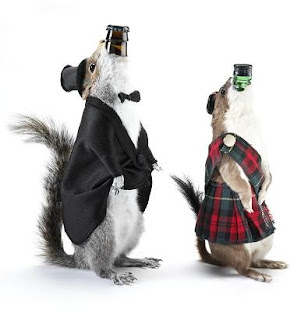 It's company ethics and marketing campaigns like this that glorify the use of dead animals for money. These products make people forget that these animals were once alive!

I was shown an article on the web recently about council workers in Kent who closed a road during the night to paint on the white lines. When a local man drove along the road the next morning he seen that the council workers had "failed to notice" a dead fox cub at the side of the road and painted their white lines over it. 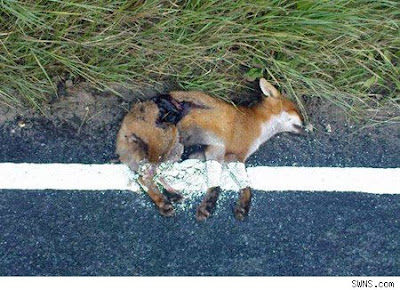 I don't know what's more disgraceful; the incident in the first place or the fact the article is listed on the website under 'humour'.

Through my research I've been looking a lot at requests to the local councils from people who have found dead animals on the road or on their property. These requests are to send a team of people down to the location to remove the animal, now fair enough if this animal is a deer or wild animal at the side of the road but the number of requests to pick up cats and birds from people's gardens is astonishing!

In Washington state America the law states that if you hit an animal with your car to contact animals services and if the animal is dead on your property, bury it. In my opinion this should be the UK law also, too many people are abusing this service for a pigeon in their garden that could easily be picked up in a plastic bag and then buried.

This basic research alone highlights the fact that people need educated and advised about what to do in these situations. 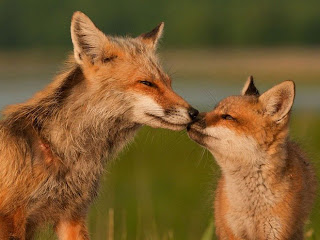 As it stands there is no official system in place anywhere in the UK which surveys the number of animals killed on the road. This means that appropriate action cannot be taken by local councils to address this problem without sufficient evidence.

I've contacted the 32 Scottish councils road departments who deal with the disposal of dead animal and unfortunately most of them also hold no records.


This has led me to create my own survey that will compare and contrast the observations of British road users with the information I have managed to gather from various councils, farmers, estate owners and vets.


By doing this I hope to highlight the key areas which will be involved in the marketing and advertising campaign to educate road users about wildlife on the roads.


Please pass this link around friends, family and any social networking sites you may use.
http://www.surveymonkey.com/s/85JKTB8
Or simply fill in below.

Reducing the Number of Animals Killed on UK Roads 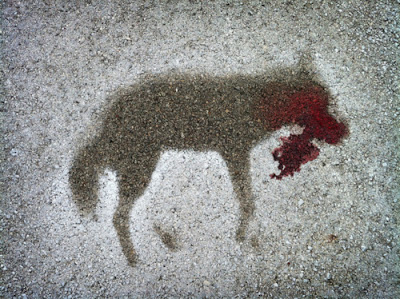 About 6 months ago, through no fault of my own, I ran over a rabbit close to my house on a national speed limit bypass. The poor thing bolted out into the middle of the road so fast that swerving would have done more damage than good. I can honestly say I cried the rest of the way home. I'm ashamed to admit I never checked my mirror but it would be safe to say the wee guy didn't survive.

This made me think about what could have happened if I hadn't reacted the way I did or the animal was of a larger species. It is not uncommon to hear of people swerving to miss deer on the road and colliding with nearby trees or lamposts. Even an animal such as a badger or fox could cause significant damage to a car not to mention the animal itself.

It's due to this incident and a long drive along the animal morgue that is the A9 which brought me to this project. For the past 3 years I've been studying Product Design & Innovation at the University of Strathclyde and my final year is largely dominated by an individual project. This project includes a full run of the design process from spotting a problem to prototyping and even on to marketing and implementation.

My brief as it stands is to design a product that will reduce road traffic accidents involving larger animals on UK roads. High-vis vests for foxes and eye glasses for badgers have been suggested but I aim for something a little easier to implement and monitor.

So this blog will document my findings and progress throughout the year. Feedback is encouraged and welcomed at any stage :)